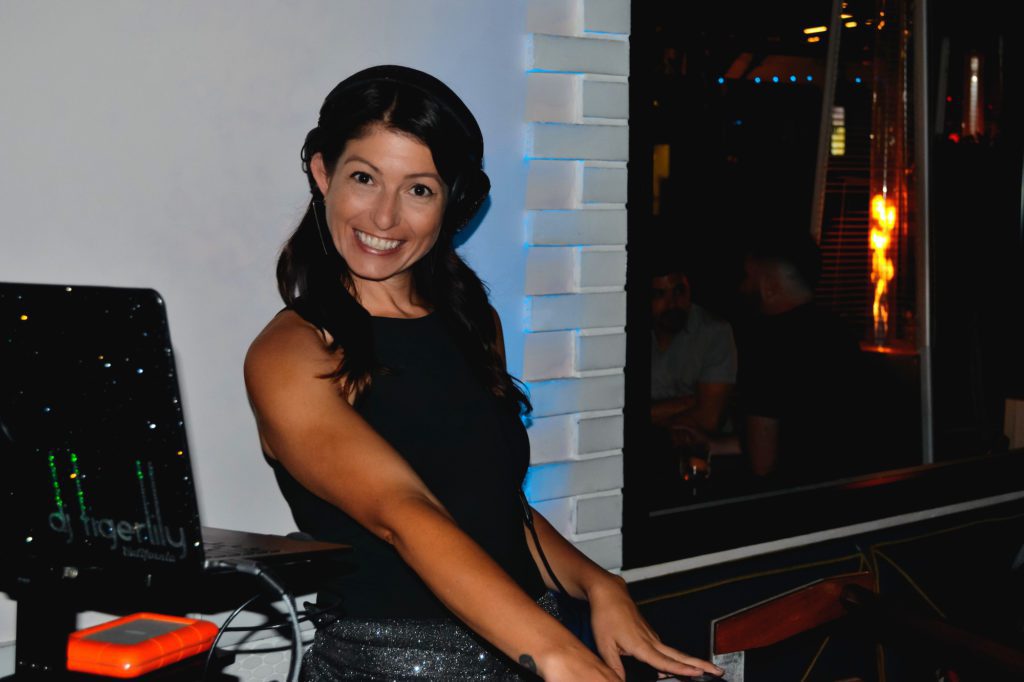 Lily’s Bio:
DJ Bio: Lily was born and raised in Tucson, AZ and moved to beautiful San Diego in 2008. She’s always had a passion for music and knew since the age of 14 that she wanted to be a DJ. It wasn’t until 10 years later she finally said “it’s now or never,” invested in some equipment, and started practicing. Learning to mix music was the goal but the result was far greater than she could have imagined. DJ Tigerlily started as a professional in 2012, DJing small parties which led to larger corporate events and weddings, and eventually to public events like The World Wildlife: Panda Paddle and Electronic Fridays at the San Diego County Fair. Lily loves working with her clients and helping make their visions become a reality. She is thrilled and grateful for each DJ opportunity and looks forward to what the future may bring.

"DJ Lily did my wedding and it was phenomenal! Despite all of my requests and demands, she kept the party going all night. She was even able to put together a very specific Star Wars mix for a special celebration. We also hired her to DJ my mother's party. She was fun, professional, and kept the party going all night long! I HIGHLY recommend this DJ! I don't think I could find someone better!"

"Lily DJ'd my wedding, and we couldn't have asked for better!! Very professional and fun. We had a 70's themed wedding, and Lily had us up and dancing. She even had disco party lights :). Highly recommend her, and won't hesitate to use her again! Thanks Lily!"

"DJ Lily rocks! I've been to 2 weddings that she DJed, and both were a blast. She played an awesome mix of music, switching genres in just the right way, but always keeping the energy high and the dance floor packed. I don't usually dance that much haha it was a lot of fun. I definitely recommend her for your party."