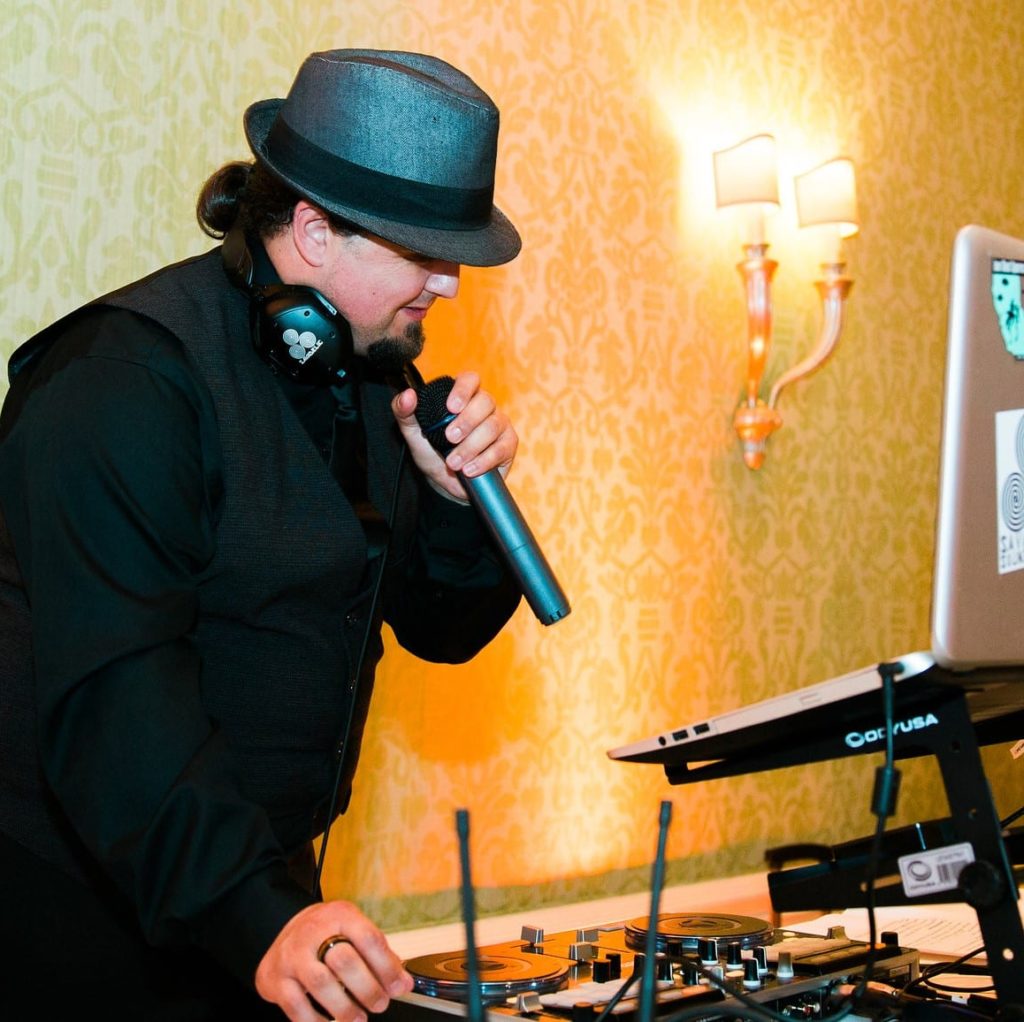 DJ Steve’s Bio:
As a professional Dj for over 20 years, music has always played a central role in Steve Torralba’s existence. He started “DJing” parties at age 13 in 1997, with 2 CD Boomboxes plugged into a home stereo. When he got to high school, he became the underground source for new, popular, and even unreleased music for everyone in school. Then at age 14, his family recognized his talents and passion, and he was given his first set of Dj Cd players and a dj mixer, and thus began his lifelong DJ adventure. He first started DJing at his high school during lunchtimes and for school dances and then moved on to DJing parties for people all over Monterey Bay. His first real break came in 2004, when at the age of 20, he was made a resident DJ at the legendary Club Octane in Monterey. He played the main room there Friday and Saturday nights for 5 years straight until the club closed down in 2009. Since then, he’s stayed busy, working independently and also for a couple highly regarded DJ companies in both Monterey and San Diego Counties, DJing and MCing at bars/clubs, corporate, private events and weddings, and also some larger events and concerts, under the aliases of Dj Steeboh and Savadelic. His expertise spans all genres, with experience mixing house, hip hop, reggae, drum n bass, trap, twerk, old school, country, mashups, pop, disco, Latin, EDM, and just about everything else in between. When not DJing events and parties, Steve works in El Cajon at a high school for children and young adults with special needs and violent aggression, as a behavior intervention assistant, educating and improving the lives of his students, and also of course DJing weekly dance parties for the students there. He’s worked in special education the past 15 years. Steve loves spending his free time with his fiancée and three kids, enjoying beautiful San Diego County with them.

“DJ Steve is awesome! He communicates extremely well and makes the whole planning process a breeze. We really appreciated the detail he puts into his timeline and how he took care to make sure everything was ready to go so all we had to do the day of was show up and have a good time. The ceremony audio equipment was perfect and clear. Steve was especially mindful of the location near the water and his equipment was set up so that wind would not be a negative factor during our ceremony. DJ Steve was great at reading the room and had a perfect DJ set that kept us and our guests dancing the whole time when we were done with dinner. You can tell he really loves his job and he was dancing in his booth the whole time with us. If you are looking for a talented DJ, guitarist, MC or anything else, look no further than Diamond Entertainment. We would use them again in a heartbeat!"

"Steve was great! He worked with us and our wedding day coordinator as the schedule was a little challenged to stay on point! The music was great, and the whole event was better than we could’ve hoped for! As Lucie said, she wants to get married every weekend! We are super happy with how things turned out! Thank you so much for everything! I even think there were several guests asking for Steve’s info for possible future bookings!"

“Joe was so easy to work with and made the planning process wonderful (not to mention, he accommodated our postponement because of COVID-19). When the day came, DJ Steve killed it with the music selection! He did such a good job!!!"