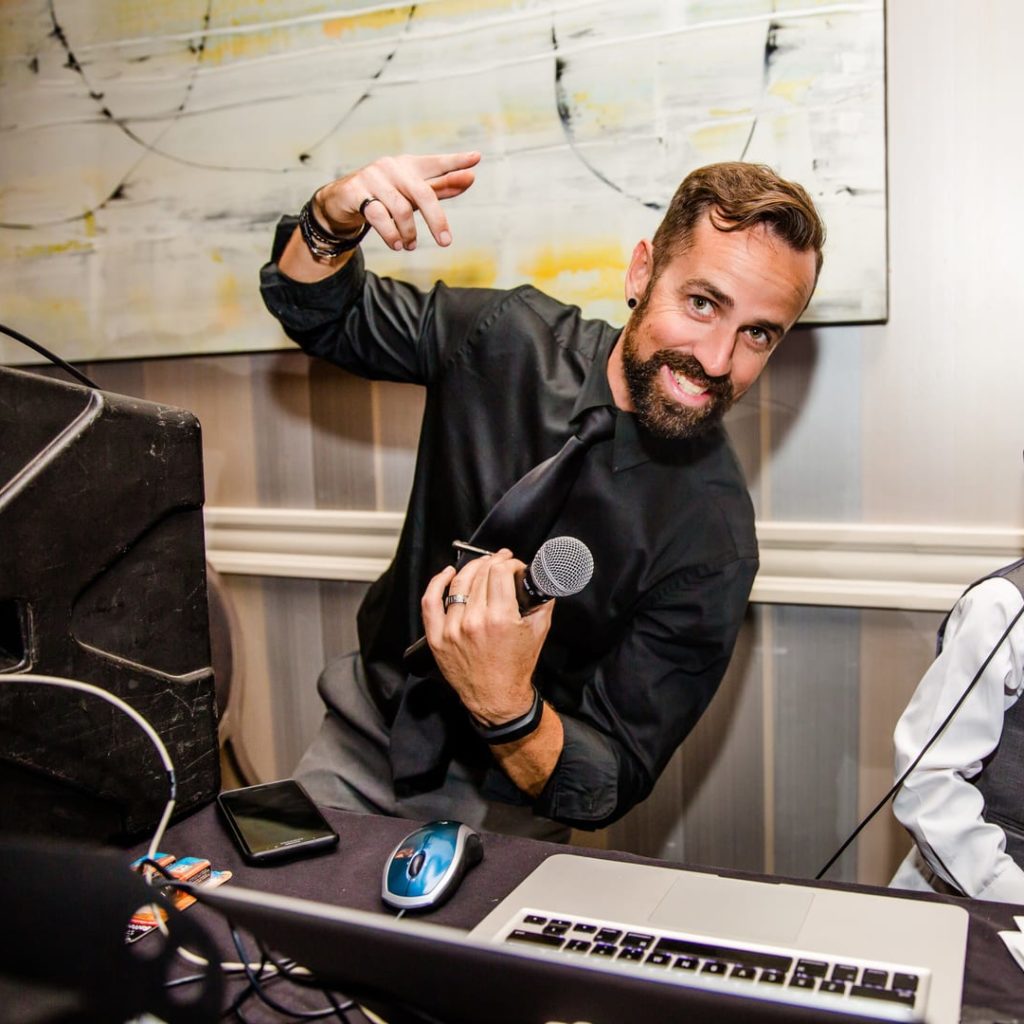 Troy’s Bio:
Born and raised in San Diego, DJ Troy Cook has an extensive background as a DJ, radio producer, and musician. Troy started performing at private events in 2004 and has DJ’d, MC’d, and coordinated thousands of events since then. With his extensive background as a technical producer in radio and on-stage musician, Troy Cook has become one of the most highly rated and successful DJs in the San Diego market.  Troy is also a singer and guitarist in the rock band Ready Set Survive and enjoys boxing, jogging, and spending time with his wife and 4-year-old daughter, Lyric.

"I would give more than 5 stars if I could! Troy was the DJ for my mom's wedding a few years ago and I knew when I was proposed to who would be my first choice for my wedding. I had some different requests than I’m sure he was used to and he had no issues and accommodating us. EVERYONE keeps talking about how much fun they had. He’s enthusiastic and truly loves what he does. A DJ can truly make or break a wedding so please do yourself a favor and hire Troy!"

"Troy did an AWESOME job at our wedding at Tom Ham's Lighthouse. The whole process was completely seamless and stress-free, even though we were planning from out of state! Troy was really clear and prompt in his communication, and really just made our reception flow without a hitch! Plenty of ideas and suggestions followed our requests and worked with the vibe of the crowd. Thank you, Troy!!!!"

"I can't recommend Troy enough! He DJed our wedding last weekend and he made it completely stress-free. We gave him a pretty specific playlist and he played every song we wanted and added in other great songs that fit exactly what we wanted. Troy was great at keeping the energy up with the group and he was amazing interacting with the crowd all night. Troy also coordinated a photo booth for our wedding. We never had to call anyone or worry about it at all. We told him when we wanted them there and the colors and he took care of everything else. Troy was awesome and I would recommend him to anyone!!!!"