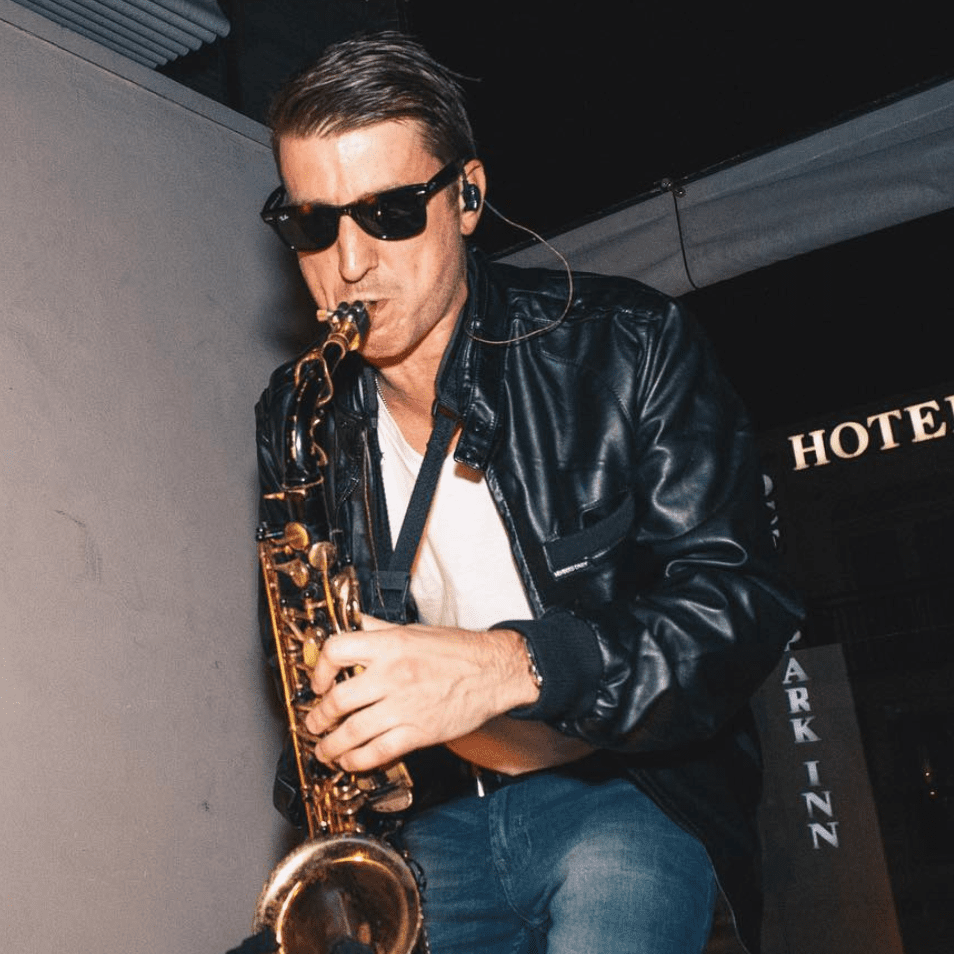 Jeremy’s Bio:
Originally from Long Beach California, Jeremy Reta Jackson has been playing music since the age of 5 when he received his first guitar. Coming from a musical family he learned how to play jazz and blues at an early age. At 9 years old he picked up the saxophone and soon developed a natural ability to improvise prior to taking any private lessons. Throughout High School he studied music theory and eventually went on to become the lead saxophonist in the Humboldt State University Jazz Band. After moving to back to Southern California he soon began playing with some of the best DJs around the San Diego/Los Angeles area. He has played countless big acts including the likes of KAABOO, Big Night San Diego NYE , Parq Nightclub, Horizon Music Festival, Musicbox, High-Times Magazine, Yelp!, Google, Hornblower, the list goes on. Currently, Jeremy is focusing on private events, weddings, and music festivals where he performs alongside popular EDM DJs.

"We absolutely loved what Jeremy played at our wedding and so did our guests. We truly appreciated the spin he put on all of our favorite songs. Book Jeremy for your wedding now!"

"Jeremy was PERFECT. He made our entire wedding and everyone can't stop talking about him!"

"Jeremy was the talk of the party and town after he performed at our wedding! We recommend him to everyone we know!"